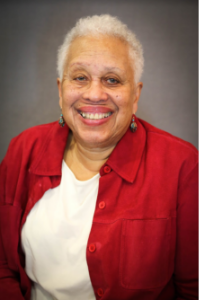 Cynthia Wilson, a Native New Yorker was born in Women’s Hospital, Columbia Presbyterian. Ms. Wilson spent her childhood years in Harlem where she attended NYC public schools. Ms. Wilson attended the following post-secondary institutions:
• CUNY Brooklyn College, where she earned her BA in Early Childhood and Psychology
• Teachers College, Columbia University, where she received a MA in Early Childhood
• Bank Street College of Education, CARY Fellow, MS in Supervision
Ms. Wilson was employed by the NYC Board of Education as a classroom teacher for about fifteen years, and then as a Director of the LYFE program, which served infants and toddlers of High School parents who were attending school while their children were cared for in child care centers housed in their home schools citywide. She currently resides in Brooklyn where she has previously served on the Local Board 8. Ms. Wilson has been on NMPP’s Board since its inception over twenty years ago. 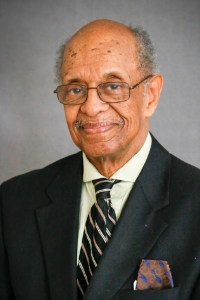 Sydney; Brooklyn native, the last of 4 children born to Sydney S. and Alma Moshette, who were reared in British Guiana, and Barbados respectively, attended PS 28, Jr. HS 35, Boys High School, and Brooklyn College. He entered the Merchant Marine as a radio operator in 1945, and then served in the US Army with a tour of duty in Japan. He then studied at Xavier University (New Orleans) and completed undergraduate studies at New York University. He later earned an MSW from Hunter College.
From 1952 to 1970 he served as an Attendance Teacher, New York City Probation Officer, New York State Parole Officer, US Probation Officer, Model Cities Project Director of Brooklyn court diversion project for adolescents. For over 24 years he was director of Reality House Inc, a comprehensive outpatient substance abuse treatment and prevention program in Harlem (125th Street) and Washington Heights (164th St.). Finally, he was a part-time Social Work supervisor at 820 River Street (Soothing Boulevard, Queens).
He has been married for 48 years to Edna, a retired SEEK counselor at CUNY (Medgar Evers). Sons are Sydney III, a comptroller, and Malcolm an IKEA employee. His daughter Denise is a State vocational Supervisor in California. Sydney has been a charter member of NMPP, is a member of the Brooklyn Old-timers Foundation, and a Life Member and past State Director of Phi Beta Sigma Fraternity. As a life-long member of St. Philip's Episcopal Church, MacDonough Street, Sydney had served as Youth Advisor, on the Prison Ministry and Archives Committee. 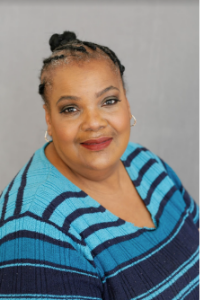 Ms. Jimmie Brown was born in Harlem Hospital and raised in Harlem in the Abraham Lincoln Projects. She attended NYC Department of Education public schools from elementary to high school. Ms. Jimmie Brown is one of the founding members of NMPP. In 1992 she received a call from the Supervisor, Mrs. Helen Jordan, of Family Redirection a program under The New York Urban League a program she was involved with due to domestic violence. Mrs. Jordan asked how did I feel about infant morality and babies dying? She explained that community residents like myself felt the same and were interested in an initiative to assist in reducing the infant morality here in Central Harlem. With The New York Urban League, Ms. Brown, along with other founding members took interest in this initiative which has turned into Greater Harlem Healthy Start, NMPP's longest standing program. At age 38, she decided to return to school. While caring for her family which included 6 children, Ms. Brown was able to attend summer classes from 1992 to 1996 and earned her BS in Sociology from the College of New Rochelle. She then continued furthering her education at Adelphi University, attaining a dual Masters in Special Education and General Education, as well as a third Masters in Reading. During her school days she volunteered as surrogate parent in District 5 for children referred to special education and those children with an IEP. Ms. Brown has worked for the NYC Department of Education as a Special Education and General Education Teacher. She has worked as a Special Education provider for children in their homes. She is still actively involved in her community, working with PA/PTAs of Title I schools in District 3. 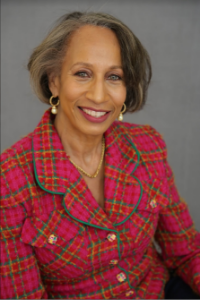 Paula Odellas has served on the NMPP board since joining it shortly after its creation, in its first year of full operation. She is an analyst, educator, speaker and certified financial planner. She currently serves as an administrative staff analyst, permanent civil service, in the NYC Buildings Department and is active in various community organizations.
As a National Achievement Scholar, she received her Bachelor's Degree from Adelphi University, followed by a Master's from the Harvard University School of Education, also under full tuition scholarship. While employed by New York City, she acquired a Master's Degree in Business Administration in finance from Baruch College of the City University of New York, under the Mayor's Graduate Scholarship Program.
A resident of Harlem in New York City, Ms. Odellas serves in various capacities on the boards of several New York City non-profit organizations, including that of Personnel Committee Chairperson of NMPP. She also serves as treasurer of the American Association of Individual Investors, New York City Chapter, an educational organization for investors, and as treasurer and a founding member of Buyers and Renters United to Save Harlem (BRUSH), a Harlem advocacy group for residents. As a professional dancer, she performed with several modern dance companies and for more than 20 years has served as a dance judge in the NAACP's annual Academic, Cultural, Technical, Scientifiec and Oratory (ACT-SO) Competition. She has served on the New York Urban League Manhattan Advisory Board as well as the board of the New York Urban League, and as co-chair of the Women's Advisors of New York City, an organization for women City employees. She has received a National Association of Business and Professional Women's Club, NYC Chapter, Women's History Month Celebrarion Award and has participated in the Club's annual Women History Month events as mistress of ceremonies. 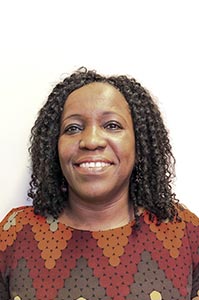 Madeleine Dorval-Moller joined NMPP as its Executive Director in August 2017. She has a wide range of experience running non-profit programs, covering services from disaster case management, to homeless prevention, to domestic violence.

Prior to joining NMPP, Madeleine successfully ran the New York State Disaster Case Management Program for Catholic Charities Brooklyn and Queens, to address the increasing needs of families affected by Super Storm Sandy. More specifically, Ms. Dorval-Moller spent 10 years working with survivors of domestic violence, first at Safe Horizon, where she served as a Shelter Director for two separate programs, including Sage House, where she was the founding director. She integrated traditional social services with yoga, art therapy and dance classes, to help mothers and children cope with their experiences dealing with domestic violence, and to become more resilient. She later became Executive Director of the North Brooklyn Coalition Against Family Violence (the Coalition), another domestic violence prevention organization, serving the neighborhoods of Williamsburg, Bushwick, and Greenpoint. At the Coalition, she continuously forged partnerships with every local organization possible, including local schools, churches, local businesses, and police precincts, to raise awareness of domestic violence. Under her leadership, the Coalition received a Congressional Award, (Ed Towns), applauding the organization’s role in combating domestic violence in North Brooklyn. NMPP’s mission and work resonate with Ms. Dorval-Moller- she is excited to be part of this vibrant organization.

Madeleine Dorval-Moller holds a BA in Political Science from NYU, and two graduate degrees from Columbia University: Master of Social Work, and Master of Public Administration.

John Lewis Brown is a practicing lawyer and owner of the firm Maher & Brown. He attended Hope College and Rutgers Law School where he received his BA and JD. Mr. Brown joined the Board in 2010 and also sits on the board for the Arturo Schomburg Democratic Club.