Since its inception in the early 1990's, NMPP has been working to improve the lives of families in the Northern Manhattan neighborhoods of Harlem, Washington Heights and Inwood. NMPP collaborates with community organizations, local hospitals and schools to provide quality services to families and their children. NMPP works collectively to make an impact in these communities at large.

Here are some highlights of our accomplishments: 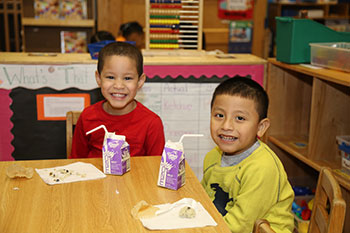 Our success with children's health, for those who completed the program year, are as follows:

Our success with adults:

As an organization, we take pride in changing lives and empowering our clients. Some of our clients are now staff members and served on our board,

Here is Karen Owes's testimonial:
Karen Owes initially joined the family of NMPP as a consumer in the Harlem based Healthy Start program in the '90s.  She was referred from the NYC Department of Health Maternity Services Bureau where she had gone for a free pregnancy test. Ms.Owes received case management services while pregnant with her first child. After the delivery of her infant Owes received assistance and support in obtaining childcare, housing and employment with the City of New York as a Public Health Advisor with the Bureau of Maternity Services. Ms Owes remained active with NMPP serving as President of the local CIO (Consumer Involvement Organization) and as a member of the National Healthy Start Board from 2000 to 2005. In 2006 Ms Owes joined the NMPP family as the Healthy Start Health Educator. She continues to give back to the community by serving as a Lamaze trained childbirth educator, breastfeeding advocate and THRIVE fitness and nutrition coordinator. Ms Owes passionately believes that the health of the village is the wealth of our community. Ms Owes is the mother of four Healthy Start Children-Afrika, Kwanzaa, and twins Imani and Faith. Ms Owes is a proud Honor graduate of Hampton University, an HBCU located in Hampton, Virginia.”

NMPP honors the memory of Karen Owes who passed away in October 2019.